Rome is full of picturesque buildings, squares and fountains, but there is a particular neighborhood that not only deserves to be called picturesque, but also seems to embody the definition of the word. In reality it is not a real neighborhood, but a corner of Rome with unexpected and bizarre features which takes its name from the flamboyant architect who designed it between 1913 and 1927, Gino Coppedè, and it is one of the most exclusive and smallest neighborhoods in Rome.

What makes this area so fascinating, anyway, is its delightful mix of architectural styles: taking inspiration from medieval styles, ancient Greeks, Art Nouveau, neoclassical and baroque, the architect built a residential area that makes you feel like you entered in a world of fantasy and magic. The whole of the buildings, the incredible “pastiche” of architectural languages, which immerse the visitor in the sumptuous atmosphere, and even a little fictitious, of the early ‘900 is articulated around Piazza Mincio, where the central space is occupied by the Fontana delle Rane, an imposing fountain populated by 12 frogs, also known for the bath the Beatles had dressed after their concert in the nearby Piper nightclub. 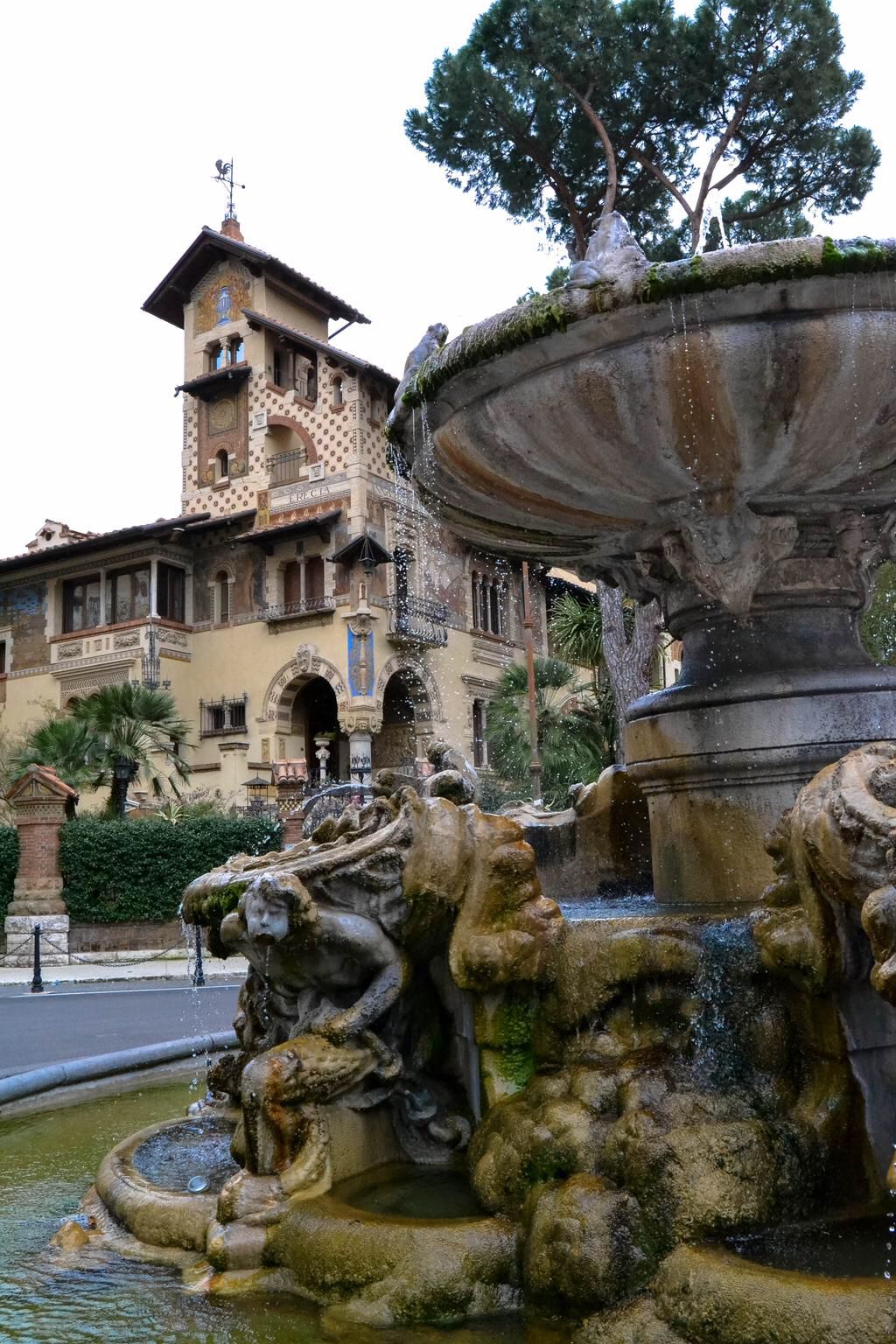 It’s worth a visit!